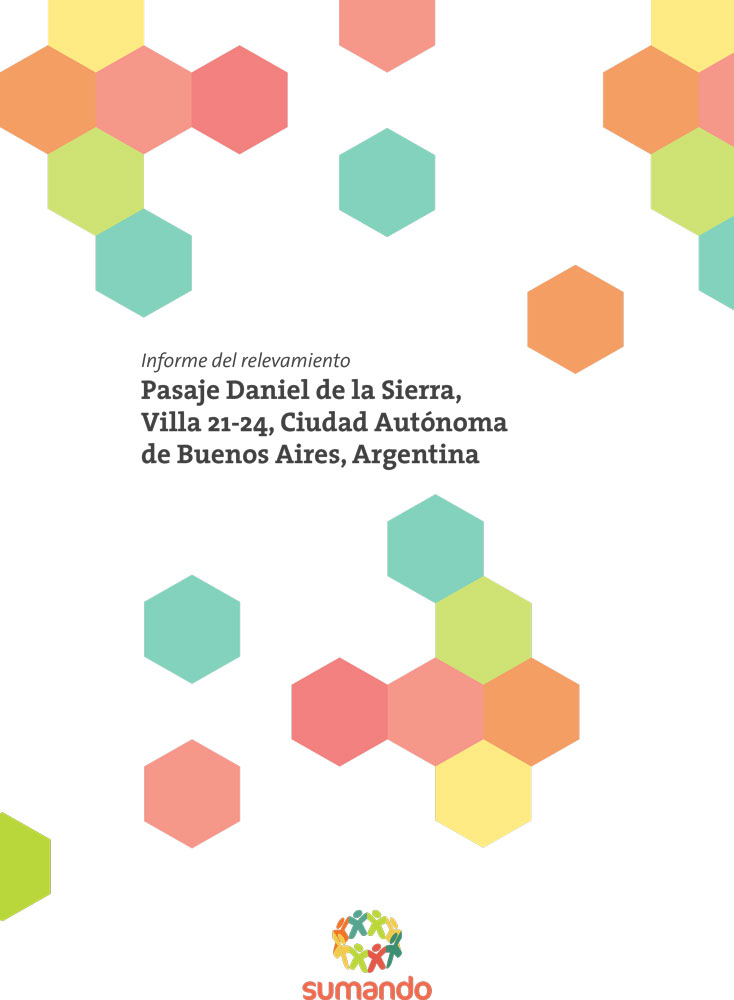 This report constitutes a diagnosis on the general habitat conditions of the neighbors of the Pasaje Daniel de la Sierra. It is an approach to their representations of environmental problems, and their relationship with ecological and sustainable practices.

The diagnostic work arises from the need to have a tool to achieve the objectives of the Sanitation and Environmental Awareness Program in Pasaje Daniel de la Sierra at Villa 21-24 (Buenos Aires City). This Program is an integral part of the execution of public infrastructural work of sewage, rainwater, drinking water and public lighting network in the Pasaje, within the framework of urban improvement and urbanization guidelines of the Villas (slums) of the City promoted by the Undersecretary of Habitat and Inclusion (SSHI) of the Government of the City of Buenos Aires.

Primary and secondary sources were used for the construction of this report. The analysis of secondary sources allowed to deepen the state of the art linked to the urbanization process of the City of Buenos Aires, especially of the urban settlements, pointing out in the case of the Villa 21-24, and about the notions of urbanization, re-urbanization, housing, habitat and urban development. With respect to the primary sources of information, the aim was to find out the perceptions of the neighbors and to be able to link them to the objectives of the Program. Specific data was also collected on the characteristics of households and housing, such as whether it is owned or rented, whether it has access to drinking water and/or water tanks, among others.