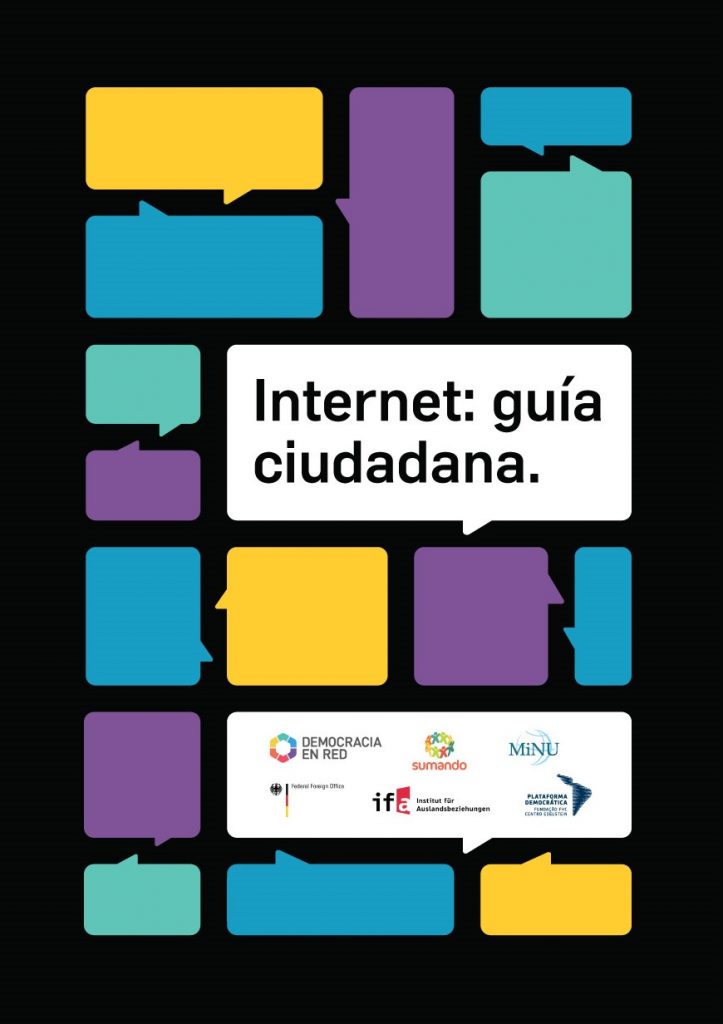 Virtual Social Networks are a new battleground where those who fight for power seek recognition, attention, consideration or imposition of their point of view. As democrats, we must pay attention to this phenomenon: how are social networks and media affecting democratic debate?

The value of this publication, conceived by Plataforma Democrática in Brazil and here adapted to the Argentinean reality, lies in its quest to strengthen civic culture in the use of networks, in its attempt to describe how the tools we use every day to inform ourselves and to position ourselves politically work. As such, it is a first step for the critical use of the Internet to gain the place it deserves in the school curriculum, at home and in everyday life.

This publication is produced within the framework of the project “Informed Youth, Real Elections”, which we lead together with Asociación MINU and Democracia en Red. It had the support of UNICEF Argentina and was financed by the German Ministry of Foreign Affairs through the Zivik program of the Institut für Auslandsbeziehungen (ifa).