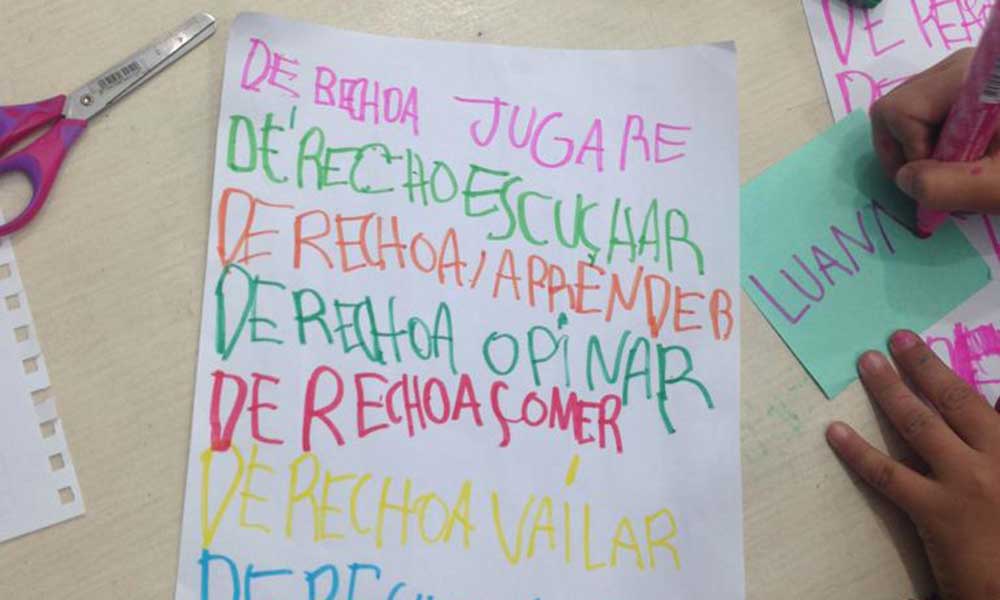 In ABC we have made a first approach to the issue of rights in a language recognizable for children, aiming at recognizing them as part of the citizenry and encouraging them to express their opinions. We recover their voices and emotions, which are then materialized in collective productions such as a diary, book, poster or mural.

Through a series of meetings, we encourage participation and socialization with proposals of games in which the body intervenes, for example, with dances and spatial dynamics. Creativity is also stimulated with activities such as drawing, making theater masks and the collective creation of a “map of the senses”. The map seeks to materialize the sensitive look that children have about their environment through a sensitive mapping of their neighborhood.
It works well at community centers and primary schools of all social contexts, and it is specifically designed for urban informal settlements.

This program has been the winner of the GCBA’s Strengthening for Social Organizations contest since 2008, which has allowed us to sustain the project over time and articulate it with community spaces. Until 2020, 1877 children from 4 public schools and 34 community spaces in the city of Buenos Aires have participated.